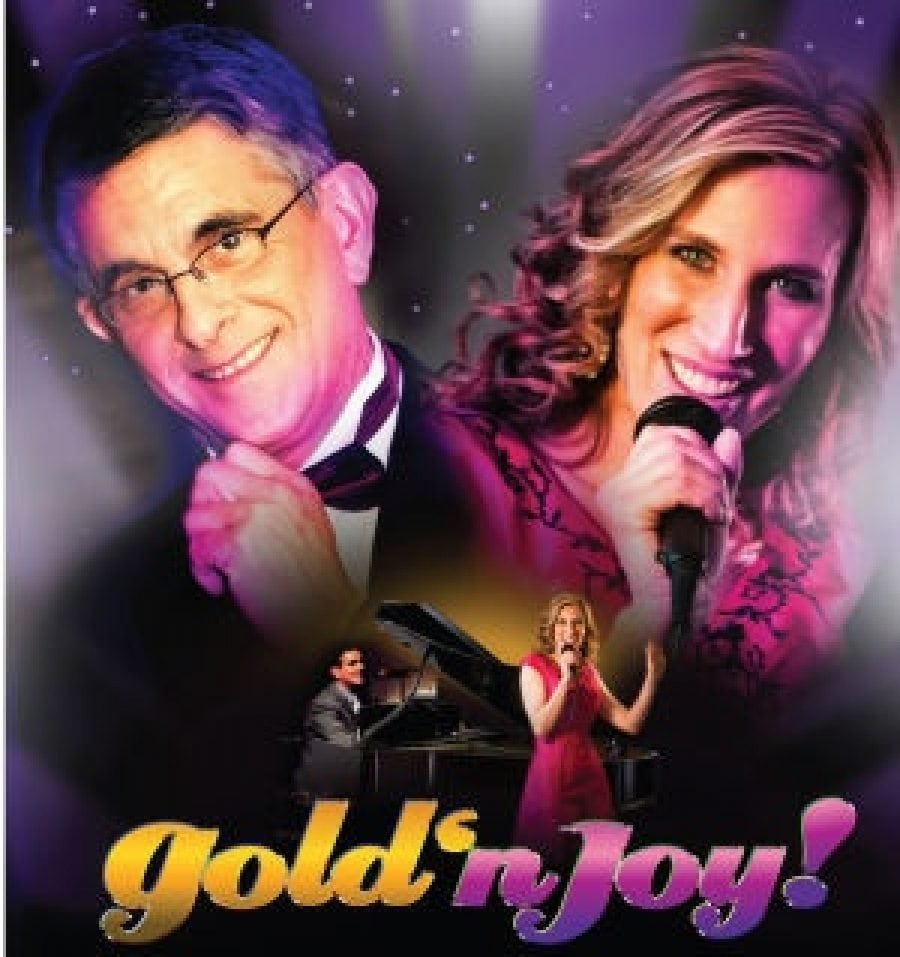 The two want to create a musical peace tour and invite interested Mini-Cassians – and especially those with musical talent – on a tour to Denmark to promote peace.

The pair plan to explain the tour and its costs during a concert scheduled at 7 p.m., Saturday, Dec. 7, at the King Fine Arts Center. The event serves as a fund raiser for the National Pioneer Hall of Fame and its future Declo location.

During the concert, Goldstein and Joy plan to promote Joy’s new Christmas album aptly dubbed Vanessa Joy to the World. They will also pitch their musical peace tour scheduled for June. Anyone is invited to sign up for the tour, but it’s expected that about 50 people will take part. Those musically inclined tourists will also have the opportunity to perform with the pair at their various Denmark venues.

“It’s a tour where they’ll be on the inside of the concert; it’s almost like a complete backstage pass during these very important peace initiatives at sites in Denmark. They’ll participate in the concert events which will have international appeal, and, if they just happen to have musical abilities or talents, they could even be part of it,” Goldstein  said, and added, “You don’t have to be a professional musician. They can just be sincere and good and be able to relate to an audience. What a thing to put on their resume:   ‘I performed in Denmark at an International Peace Concert.’ There’s really nothing like it; nothing like that at all.”

The tour provides a new approach to travel, Goldstein said.

“It’s about being absorbed in the arts and the culture and participating in the peace process while you’re there,” he said.

For years Goldstein has provided these peace initiatives through music where he’s found governments thrilled to promote. He has performed all over the world, and, at one time entertained in Istanbul, where the majority of the audience was Muslim. Goldstein was raised Jewish but joined the Church of Jesus Christ of Latter-day Saints when he was 35. That was four years after his wife, a former Presbyterian, joined.

What was that like for a Mormon man, raised Jewish, to perform in front of Muslims?

“They don’t care. We were doing music. We weren’t doing politics. There’s just not discussion of ethnicity or religious affiliation – nothing. It’s about peace, music, children. It’s not about politics – ever. There’s not even issue; there’s never been one,” he said.

Joy has toured with Goldstein during various peace concerts. She loves to perform and is especially thrilled to present her third album. It’s made up of popular Christian-based Christmas songs. She selected the tunes and later sat down with Goldstein who she says put “icing on the whole works.”

Joy knew what she wanted to create with this album.

“I sat at the piano and picked out a motif of how I wanted the songs to sound. I wanted an overlay where there would be a reoccurring thought throughout the songs. So I would play the motif, and, of course, Marvin sits down and decorates the whole thing,” she said.

Christmas music is a joy to Joy.

“There’s so much memory to each song. I remember singing with my family at Christmas and going caroling to our neighbors singing a lot of songs. I have a lot of special Christmas memories; I just love Christmas music,” Joy said.

Joy started singing as a youngster and found it proved a great way to make new friends following subsequent moves to new schools. She once suffered stage fright but found that it proved a friend rather than a foe.

“People shy away from it at first. That feeling is not comfortable, and they don’t know what to do with that extra adrenalin. You’re nervous. What do you do with all of this? If you are able to channel it, you’re not all over the place with the jitters,” she said, and added, “When you’re able to channel and focus and use that, it’s amazing. It’s a great feeling too. Your body is capable of doing so many amazing things with that added adrenalin when it kicks in. I love it. I love that feeling – as long as I’m prepared. If I’m not prepared it’s almost like it’s a little bit of fear that comes over you. You can have fear take over or you can have faith basically. You know you’ve worked you’re best and then just go for it. That’s faith.”

Tickets for the upcoming concert may be purchased at the Burley Book Plaza. For more information call 678-2505or stop by the facility located at 220 W 11th St, Burley, ID 83318.