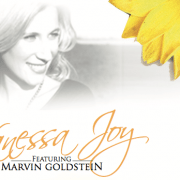 “Savior Like a Shepherd” is a hymn sung by Vanessa Joy on her album “Sweet By and By” It is an album of a collection of hymns with a total of 14 songs. You can buy “Savior Like A Shepherd” by  purchasing the album here. Or you can listen to a sample of it on youtube here.

“Savior Like a Shepherd” is a hymn many people thing was written by Dorothy Ann Thrupp in 1836. It was published in a hymnal for the use of infant schools and nurseries. Dorothy worked on and compiled hymnbooks for children. It was originally written for children.

One of my favorite stories about this hymn is told about how the song, “Savior Like a Shepherd Lead Us” was sung at a gathering on a steam boat on Christmas Eve. Before the soloist began to sing, he stood in prayer, asking what to sing. Instead of offering a Christmas song, he was inspired to sing, “Savior Like A Shepherd Lead Us”. After the song was sung, a guest took the soloist aside and inquired if he had served on guard duty on a specific moonlight night and place. The soloist (named Stankey) had indeed served in the Union army. The other man told (Stankey) that he had served in the Confederate army. On the evening he was referring to, he had raised his musket to shoot a union soldier, but when the Union soldier began to sing, “Savior Like A Shepherd Lead Us” the Confederate soldier, who had heard his mother sing that hymn often in his youth, couldn’t pull the trigger. Ultimately, singing, “Savior, Like a Shepherd Lead Us” had saved Stankey’s life even though he had been standing in full moon light, and was an easy target, it was impossible to take his life while he sang the hymn. The hymn touched the others solders heart and he had compassion.

It is my hope and pray that singing these hymns and creating “Sweet By and By” will help you to feel uplifted and strengthened by the power of heaven. God loves you and it is evident in the lyrics and melodies within the hymns on “Sweet By and By”. The authors of these hymns thoughtfully and humbly expressed their souls in this music. If you have felt compelled to do something new and different in your life because of a hymn, please share it with us in the comments below.

Sweet By And By by Vanessa Joy
Scroll to top