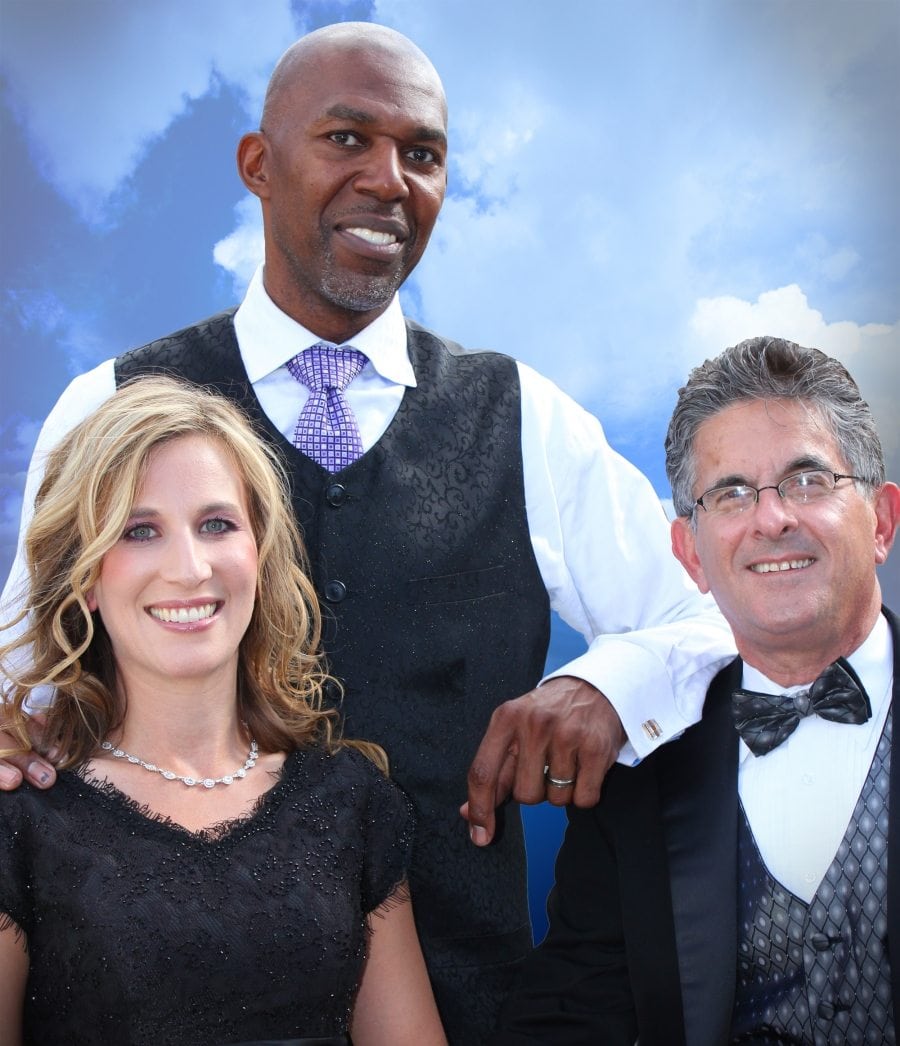 SALT LAKE CITY — Musicians Marvin Goldstein and Vanessa Joy have been collaborating on albums and in performances around the world nearly constantly for the past two years.

Now, they are looking forward to the “debut of the trio.” Former Utah Jazz forward Thurl Bailey will join Goldstein and Joy for a Christmas concert, “Classy and Classic Christmas,” on Dec. 2 at 7:30 p.m. at The Grand Theatre.

provided by Vanessa Joy
Vanessa Joy, Thurl Bailey and Marvin Goldstein perform in “Classy and Classic Christmas.”
From the archive

“He’s such a nice guy,” Goldstein said of Bailey, who has followed up his NBA career with a singing career. “He’s almost as humble as I am — you can quote that.”

The trio believes this show has the makings of a new kind of holiday tradition.

For starters, they say, they are a diverse group. Goldstein’s Jewish upbringing and 50-plus years of experience in music, Joy’s vast singing experience and motherhood, and Bailey’s professional basketball career give the performers varied backgrounds.

Goldstein, an accomplished pianist and arranger known for multiple songbooks and albums, said he admires Bailey’s passion for music and believes it may even exceed his passion for basketball.

Bailey explained that he certainly loves basketball, and it was “very good at paying the bills.” But his love of music runs deep.

“My love of music started way before any basketball came in my life,” he said.

Bailey in turn spoke highly of Joy and Goldstein. The three are thrilled for the chance to combine their talents in one concert.

According to Joy, the concert will include songs from each of the performers’ latest albums, plus recognizable Christmas favorites.

Goldstein added that there will be plenty of audience participation throughout. Each performer’s personality and performing style will add to it.

They hope the performance will serve as a great kickoff to the holidays for families.

“I really hope that people just get in the spirit of Christmas,” said Joy, to which Goldstein added: “My hope is that they’ll recognize that they need to celebrate Hanukkah too,” spurring the duo to laughter.

“It’s the holiday season,” Bailey said. “We want to start it right for families. It’s definitely a family affair.”

And to do that, the trio says, they’ll just do what they love and make music together.

“We are just going to be on fire and love being part of it,” Goldstein said, adding that their energy on stage will hopefully transfer to the audience.

“I’m very passionate about what I do,” Bailey said. “I hope that through my performance, people feel a sense of inspiration.”